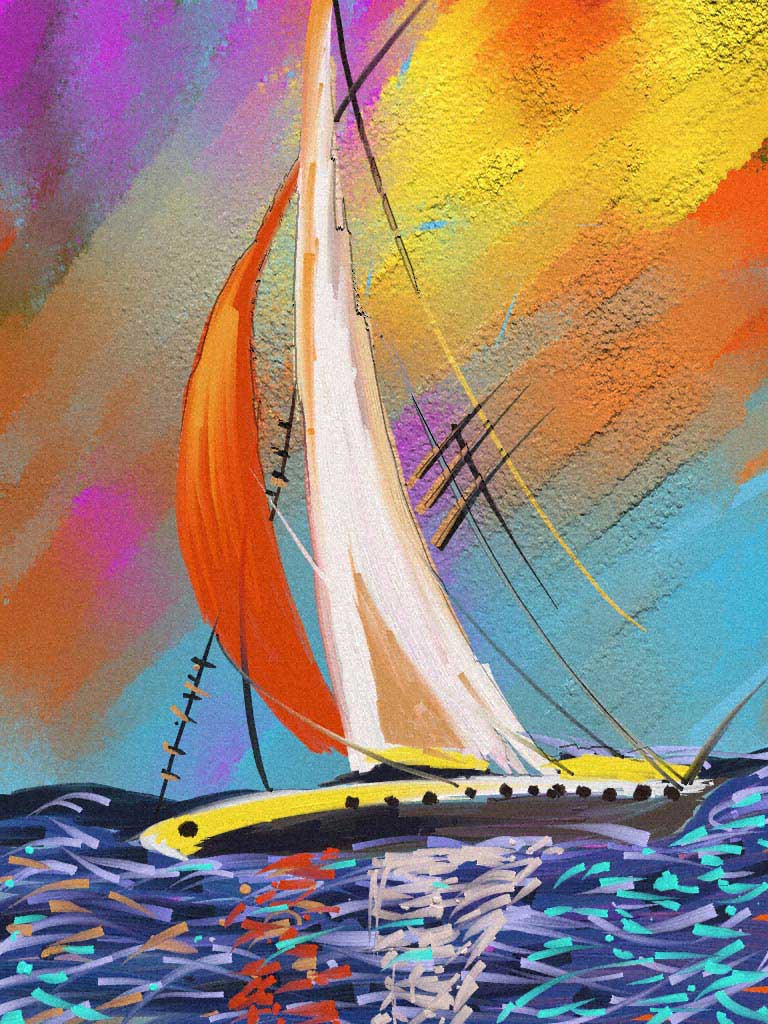 Canadian artist Antoine Khanji honed his signature painting style of obsessive vivid colors, elusive symbols and diagrams, and different painting styles that blend harmoniously with current era.
Antoine drew his subjects with a very strong accent on bright colors which is represented in most of his artistic work. His Middle Eastern heritage was the primary
cause of using such strong primary colors. Red, yellow and green colors reflect the direct influence of dry and hot summers.
Antoine’s early work was critiqued and mentored by Artist Elias Zayat, arguably one of the most significant Syrian artists of the 20th century’, back in 1975.
Antoine’s first oil painting exhibition was at the Caisse Populaire Desjardins in Lennoxville, Quebec, Canada while he was studying Computer Science and Mathematics at Bishops’ University and later on, Antoine worked as an information technology consultant in the US for more than 30 years, traveling back and forth between US and Canada on a weekly basis.
In addition to his love for oil painting, he discovered digital painting while using Samsung Galaxy Note 8 and Penup platform. In October 2018, Antoine Khanji was inducted to the Hall of Fame of digital artists where he pioneered expressing different styles and mediums in the digital world.
At the age of 60, Antoine is back to fulfill his dreams as an artist and devotes most of his time sharing his talent and passion for art with the whole world.